Why Do So Many Small Businesses Fail After the First 24 Months? 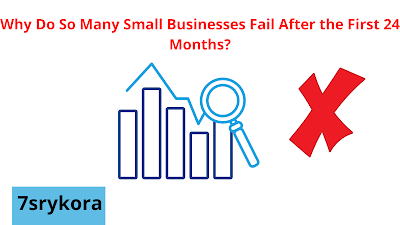 Unfortunately, many small business entrepreneurs run into serious financial difficulties during the first 18 months of existence. In a last-ditch effort to stay solvent, they borrow additional money from their family home or borrow from relatives and friends.

In many situations, this might have been prevented if the person in question had paid closer attention to basic bookkeeping. We're not saying that would have saved everyone, but it would have solved the first half of their problem.

Spending money that does not belong to you...

Many people who start businesses want to do the right thing and have high hopes of success, but they wind up losing themselves in the process.

One of the most prevalent issues is that many contractors and small businesses waste money that could have been set away for taxes. We despise it, yet this money is not ours to squander.

One of the most typical complaints I hear from people is that they had excellent intentions and brought accounting software but couldn't utilize it. Because they couldn't use the program, they ended up without accounting for any of their revenue or spending.

So, at the end of each week, if there appeared to be additional money left over (more than usual), they believed it was theirs, and that was part of the fun of working for yourself. Many people believe that because they had costs over the week, which were tax deductions, what was left over must be theirs, and they spend it all.

Remember, if you owe the Taxman money, there is no way out, and that sucker is vicious. He will pursue you to the ends of the earth to obtain his money, even if he may wind up spending it himself in the future. But he would tell you that it is not your responsibility to waste it; it is his!!!!

You DO NOT OWN AN OPEN BOOK.

Just because you're in business doesn't imply you have an open checkbook with which to spend and spend...

Another reality is that many people will say things like "the business can pay for it" or "I can claim this as a business cost, therefore let's get it today," without comprehending that the business also needs cash flow.

You could need the same money next week to buy supplies for a tender or simply pump gas in your car.

One of the most common misconceptions that people make when purchasing products is assuming that because it's tax-deductible, it's OK to buy it now and that the money would be refunded to them later. But it doesn't work that; you have to earn the money first before you can claim a deduction, and then you only receive a percentage of it back.

Please read this article to learn more about tax deductions and how they affect your income. Stop Buying - It's Only a Deduction, Not a Rebate.

read more: How Can You Get the Best Deal on Your SEO Project?

How to Make Money With Affiliate Marketing

How to Increase the Number of Clients and Customers

How Can You Get the Best Deal on Your SEO Project?